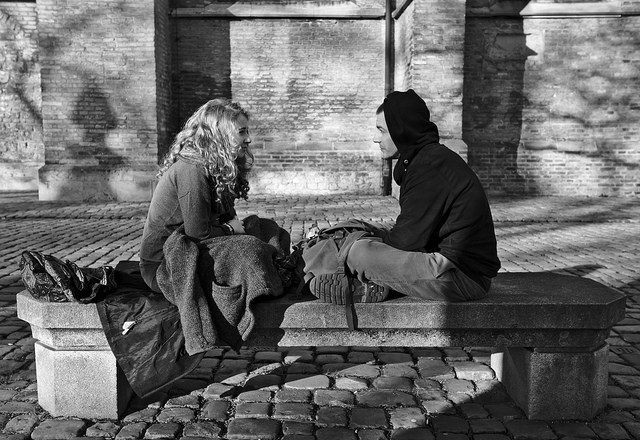 Love stories are hard to avoid – they’re woven through pop songs, the plots of films and every TV show. Often they’re presented as complicated, but how often do we stop and think about the complications in each other’s love stories? Today we bring you two. They’re familiar in their cups or tea and their little confusions but they both have complications many of us have never had to face.

Music Credits: ‘Love is a Losing Game’ by Amy Winehouse, ‘Back to Black’ by Beyoncé and Andre 3000, ‘Missing (instrumental)’ by XX, ‘Smoke’ by Moddi, ‘Blue Jeans’ by Lana Del Rey, ‘I Know Places’ by Lykke Li, ‘Oblivion’  by Susanne Sundfør feat. M83, ‘Little Numbers’ by BOY

Music Credit: ‘Take Me as I Am’ by Au Revoir Simone