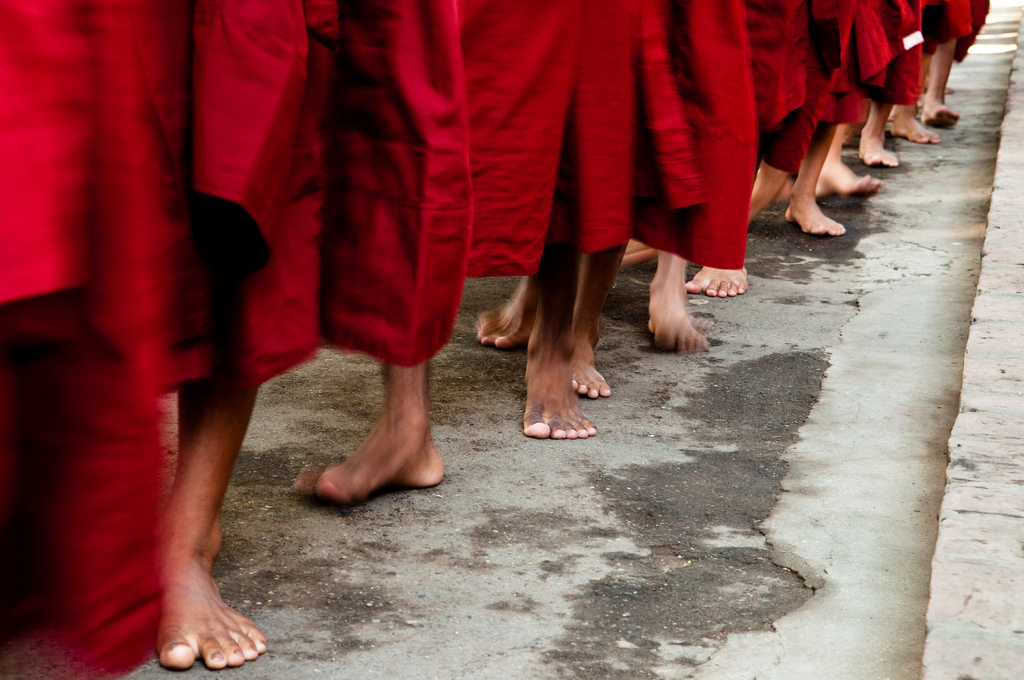 We don’t get given our independence one day, with a haircut or along with the lease of our first rental house. It happens over time, and we fall in and out of it in complicated ways. That’s what this episode of All the Best is about. The fine line between independence and dependence. Between knowing how and where to get a haircut, and blaming a haircut on your grandma. Between depending on your parents and having your parents depend on you.

That Time I Cut My Hair and Blamed My Grandma

I was getting anxious, and wondered what would happen in a year when I had to leave this delightful mess and be a real person. Where would me and my hair go? I started looking into hairdressers’ windows when I walked past, trying to decide if I could sit down with them and say ‘I don’t know what to do, what would you suggest?’.

Gifts on a Buddhist’s Birthday

What would you want on 60th birthday? Grandchildren? Retirement? This story is about a man who chose an entirely different path when he turned 60. Much to the surprise of his friends and family he decided to join a Buddhist Monastery and become a monk, despite never having practiced Buddhism before.

What consequences does that sort of decision have on your family life? Is it a noble act or is simply shirking responsibilities? Fifteen years on Ekagatta is still a practicing Buddhist, and we hear from him and his daughter, Lorien about this drastic life change.

Will’s dependence on David, his father, is a fundamental aspect of their relationship. Despite suffering from severe Down syndrome, Will, now 21, is striving for independence. While this makes David happy, he wonders if he’s done enough as a father to both give Will the freedom he seeks and have the peace of mind that he will be safe in his choices. This is a story about a father, his son and a new job.