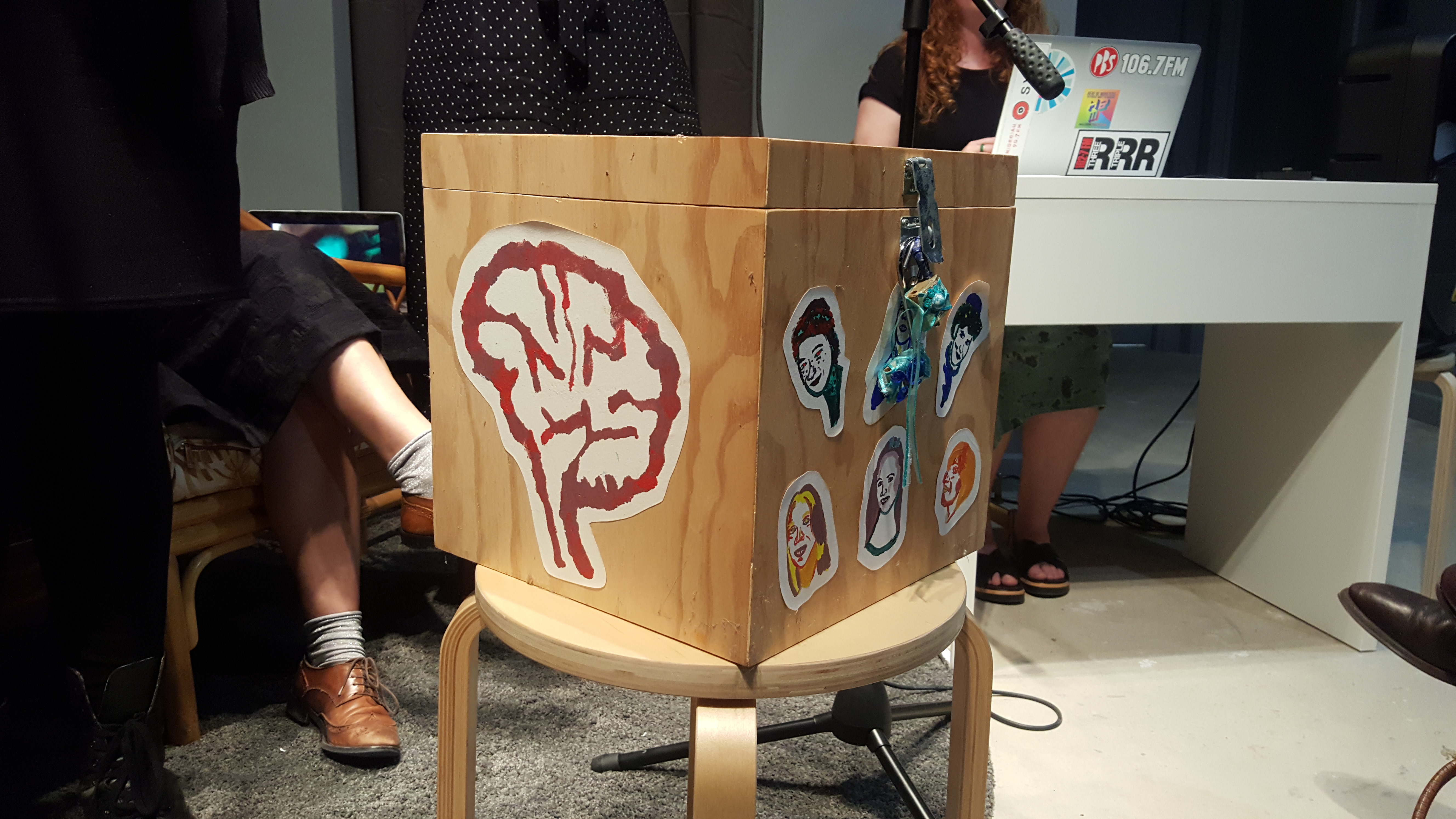 Last week we heard stories from the keepsake makers, the archivists and the preservers of history, recorded live at our Melbourne listening party, Keepsakes. This week, we’ll hear from the second half of that event.

In this episode we’re looking at the magic in nostalgia and reflection when we look back at the things we’ve saved.

The stories we recorded at Keepsakes have been transformed into an an audio exhibition. if you’re in Melbourne, we’d love for you to pay Keepsakes a visit! The exhibition is running until the 19th of November (that’s next week!) at The Good Room, 390A Lygon Street, Brunswick East. Head to www.thefoundlingarchive.org.au for details.

In Museums all over this country you can find many and varied king plates. They’re these necklaces with a big bit of scrap metal, ornately cut into the shape of a crescent and engraved with things like Bulgra – King of Arremutta, Billy Kelly – King of Broadwater. Most of the stories of these kings and queens are now lost to history, but Michael Brydon looks back and asks: what’s a king without a kingdom?

‘Lars the Archivist’ by Zacha Rosen

The East German secret police — the Stasi — collected a massive archive on so many of their own citizens and after German reunification, their archives were opened: if they had a file on you, you could read it. How much stranger would it be if you, yourself, were an archivist, and could read a nonconsensual archive of yourself? Lars Rutz knows.

This story first aired on Not What You Think; head to www.fbiradio.com/notwhatyouthink for more.

When Beth Gibson thinks of herself as a kid, she remembers a dreamy, creative little girl. But recently she found her old diaries, and they were…. pretty angry. Okay, really angry. She decides to delve deep into the diaries and her past to figure out who she really was as a 10-year-old.

A wooden box, kept by six high school friends as a symbol of their friendship, and filled with letters to be later opened and shared with one another, now acts as an archive of their younger selves, containing the written thoughts and feelings of a group of girls that eventually grew apart. Cassie and Melissa take a look back on their formative years, and the keepsakes and traditions that made up a teenage friendship.

Music: ‘Under’ from the Flashback EP