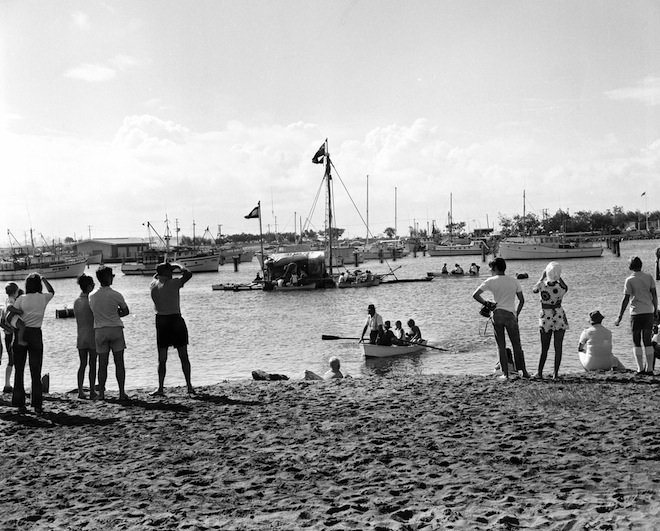 Stories ahoy! All the Best brings you intriguing tales from the high seas. A South American geologist’s rough-and-tumble journey on a raft to Australia leads to a life-changing encounter with Gough Whitlam. And, the real Puberty Blues: a young girl tries to join the blokey surf culture of the 1970s- but an initiation rite in the water goes terribly wrong.

That Summer of ’75
Forget the TV series and the book: the real Puberty Blues started in the summer of 1975. Shé Hawkes was 14, and had begun doing something absolutely outrageous on the beach. Shé- a girl- had started to surf. It wasn’t something that the other surfers were going to let her get away with.

These days, Shé is a writer and academic: read her piece about women breaking into the surf culture of 1970s Australia, and a fictionalised version of her summer of ’75.

Sea Hitchhiker
In 1970, Gabriel Salas had just finished his university studies in Chile and thought he’d try and hitchhike around South America. But what was meant to be your average graduate road trip turned into an adventure across the sea. It also led to a fateful meeting with Gough Whitlam, just as Chile turned from democracy to dictatorship.

See photos and read more about Gabriel’s Salas’ adventure in this blog post by Zacha Rosen.