#1314 These Walls Have Ears: Infamous 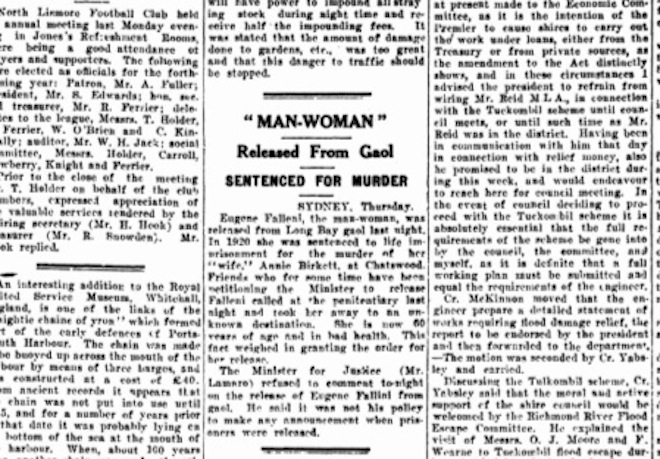 All the Best shares stories about the most revered, the most feared and the most famous of characters from Australia’s first penal colony in The Rocks, Sydney. Come inside a real-life windmill constructed in The Rocks Square, and join a packed audience hearing live stories, poems and audio movies about Aboriginal warrior Pemulwuy, bare-knuckle boxer Larry Foley and convicted murderer Eugenia Falleni— known in Sydney as Harry Crawford.

Pemulwuy
Gadigal elder Allan Madden tells the story of Pemulwuy to a packed audience inside the windmill at All the Best’s live event: These Walls Have Ears. From uncertain beginnings, Pemulwuy rose to become a leader and warrior for his people, and a bullet-defying enemy of the British settlers, who were displacing his people as they established the colony.

Larry Foley
In the 19th century, there were parts of The Rocks most ordinary folk wouldn’t dare to enter, lest they run into The Rocks Push. The underground bare-knuckle boxing gang were known by some as larrikins, and others as criminals. Their leader was Larry Foley, a notorious fighter inside and outside the ring. He is thought to be the muse of The Captain of the Push, a poem often attributed to Henry Lawson. Actor Clemency Press performed the poem live at All the Best’s These Walls Have Ears event.

Eugenia Falleni
Eugenia Falleni was born  in Italy in 1875, the eldest daughter of 22 children. By the time he’d reached Sydney in 1898, he was known as Harry Crawford. Accused of murder, his identity outed, he was a public figure shrouded in mystery. Historic Houses Trust curator Nerida Campbell follows the historical clues to discover who Harry really was.