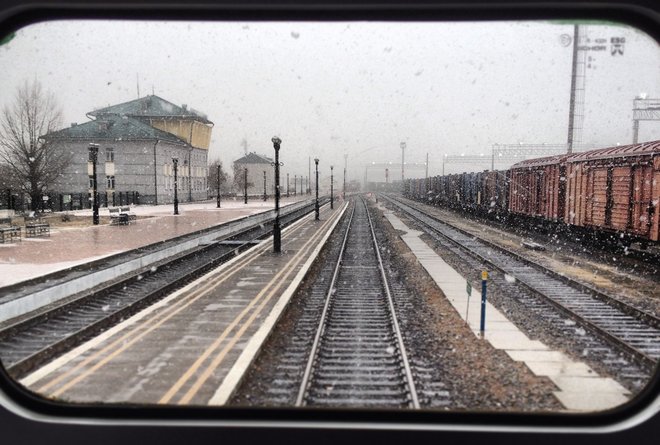 Find your seat, settle in, and listen to the creak of those sleeper beams, the rattling of carriages. This week, we’re taking a train ride, on tracks that crisscross the globe. We go on an adventure along the  Trans Siberian railway, chat to passengers as they stare out the window at the Nullarbor, and wait patiently on a city platform.

Taking the train to Siberia is not something you do every day. I recently took the train from St Petersburg via Siberia and Mongolia to Beijing. One of the longest train journeys in the world – it’s epic length is matched by the epic nature of the adventure. In one instance, the train journey lasts for 5 consecutive days (from Moscow to Irkursk, Siberia) without stopping.

A non-fiction piece, based on scenes that happened a month ago.

Perth to Sydney – The Indian Pacific

James Purtill takes the train all the way across Australia in Red Class – the cheap seats. Four days, three nights, 2.5 thousand miles. Across desert – the Nullarbor desert.  The longest dead-straight stretch of railway in the world.