#292 Sleeping with a mosquito 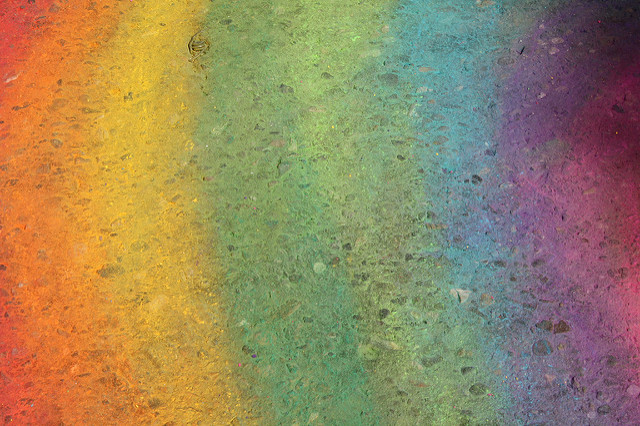 James Brechney chalks rainbows for equality. It started as a bit of a joke, but the sentiment spread and, before he knew it, chalk rainbows were popping up all over the world and Facebook was flying him to America. Quickly, the rainbow chalkings became a recurring symbol in the queer community, a peaceful message of solidarity. But is chalk enough when devastating reports of tortured gay men are coming out of Chechnya?

“If you think you are too small to make a difference, try sleeping with a mosquito.” It’s a well known, perhaps over-used line from the Dalai Lama. Sometimes, even in the face of huge adversity, all it takes is something small and persistent to move mountains.

‘The geography of hope’ by Joe Koning

Henry Gold was born in the Bohemian Forest, of what was then Czechoslovakia. After World War II ended, he and his family trekked across railway lines and made it into Austria. Fed up with the cramped conditions of his austere life in Vienna, Henry decided he had to get out.

He moved to Australia in the 50s and swiftly fell in love with the Blue Mountains. Henry began taking photographs of the natural landscapes he loved, sometimes in places with no trace of modern exploration. These photos would make their way into the hands of then Premiere of NSW, Neville Wran. They became, you could say, the little mosquito in his ear that led to a big change in our legislation.

‘If trees could rent’ by Emma Nobel

What if trees could rent in Melbourne? Where would they go? What would be their deal-breakers? Emma Nobel imagines a Melbourne where trees – like a lot of us – are also struggling to find places to live, even without ordering smashed avo on the daily.