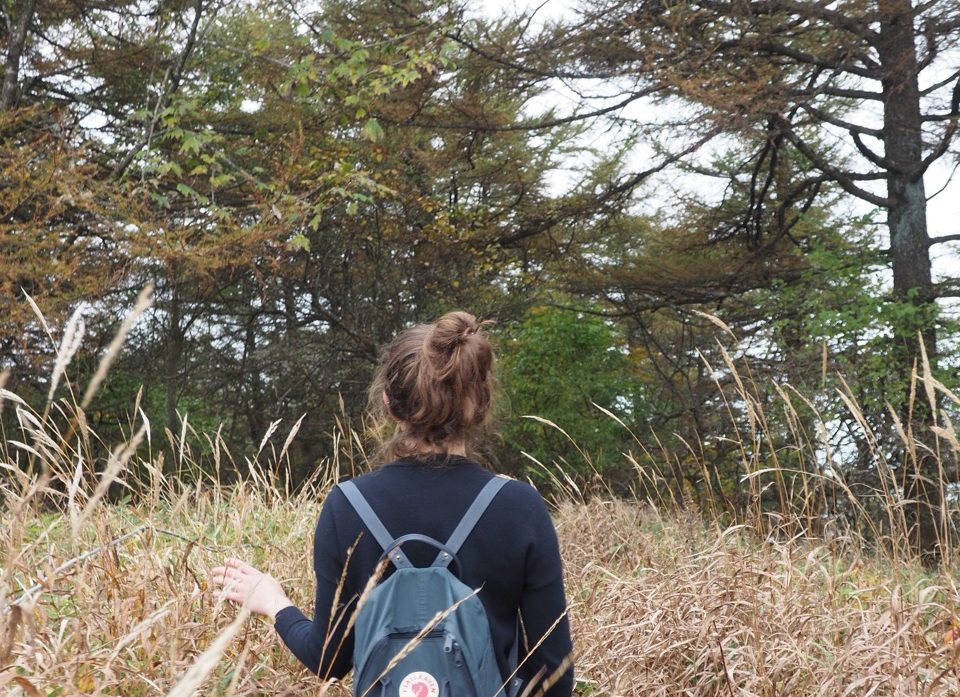 A few years ago Moi escaped his home in Iran by boat, but when he arrived in Australia he decided to rewrite his relationship with the ocean.

This week we’ve got stories about facing unknown environments that might – at first – make us feel a little small. Mountains, oceans, and big cities.

Sometimes change can be a good thing. Other times, it can feel almost oppressive. Producer Made Stuchbery recently moved back to Melbourne after living in a quiet country town, and suddenly went from being a big fish in a small pond, to a tiny fish swimming against a raging current.

‘Walking with wonder’ by Elsie Bath

When you look at a mountain from the ground the idea of climbing it and reaching the top may seem possible. But thinking about the idea of something, running through the motions in your head, and actually doing it exist in different universes.

Elsie didn’t expect to be climbing any mountains when she went backpacking through Japan, but she somehow found herself on a steep uphill, battling mud and rock on a hike she felt unprepared for.