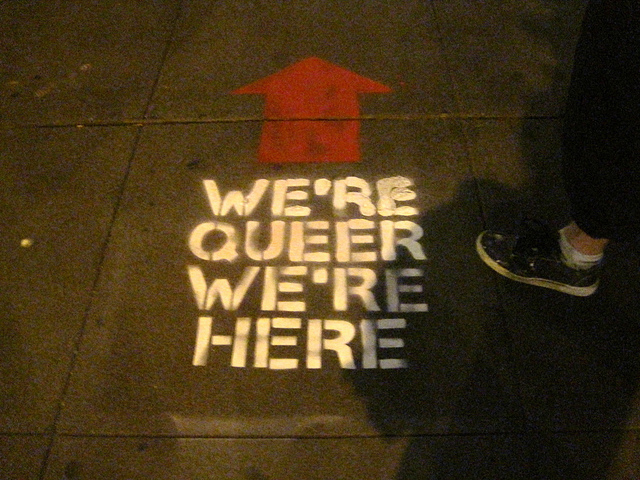 When Ange was five years old, she called a Spice Girl sexy. When she saw the looks on her parents’ faces, it gave her an early taste of the power that words can hold. Twenty years later, she has a different problem – sometimes words just don’t cut it. Especially when she starts talking about being queer.

This week, in celebration of Mardi Gras, a feature about the intersection of language and queerness.

Just a heads up this story contains discussion of slurs and some strong language.

Switchboard Victoria is a good contact for anyone who feels they need support about anything related to sexuality, gender, and related experiences.

Crusader, and Hares and Hyenas
Kate McKenzie, Annabel Brady-Brown and The Lifted Brow
Lindsey Green, Broadcaster and Producer
And the anonymous and wonderful attendees at Rapid Fire

Songs: ‘Queer’ by Garbage, ‘Rock the House’ by Gorillaz, ‘People’ by Gorillaz, ‘Highway (Under Construction)’ by Gorillaz, ‘Letter’ from the Carol Official Soundtrack, ‘Love Songs’ by Max Richter, ‘Umm?’ by Pleidei, ‘Silver Velvet’ by the Courtneys