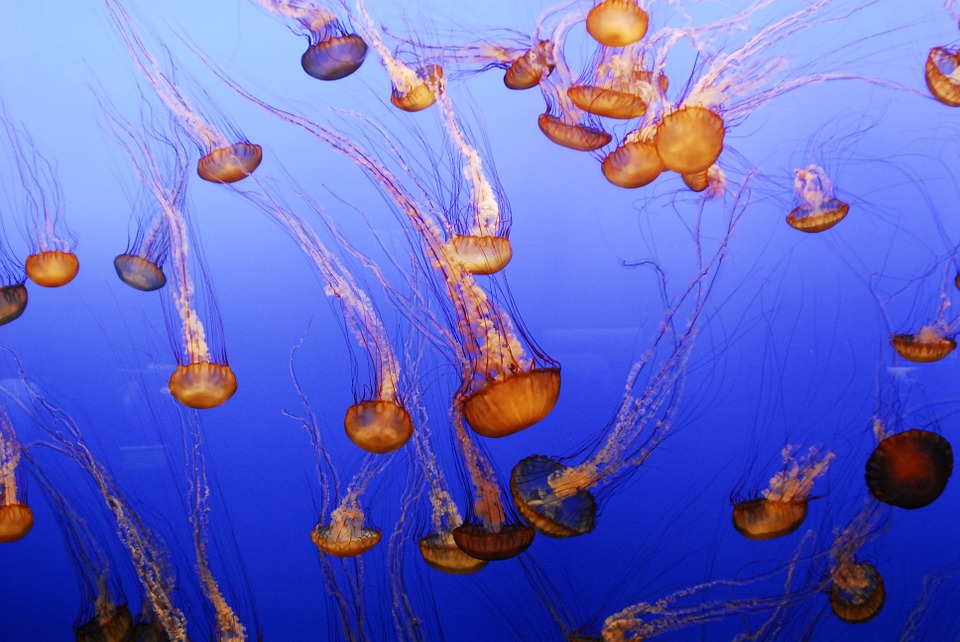 This week, for our final instalment of the ‘swarm’ series, we explore the link between jellyfish blooms and climate change, increasing surveillance in our major cities, the world of dating apps and more!

Each of these stories were produced by Melbourne University Audio Journalism students as part of a special collaboration with the Science Gallery.

Why do bees swarm? Is there any rhythm or rhyme? Bec Pridham chats with local Adelaide beekeepers, unpacking swarming behaviour and how it is changing.

Do you ever get the feeling that you’re being watched? Or followed? Tracked, maybe? Well, these days we are. We all are. Private actors, or local governments, here in Australia someone’s always watching.

Jellyfish blooms are a captivating sight, with thousands of the creatures massing together in groups that can be kilometres wide. But these blooms are also linked to pollution and climate change, because jellyfish thrive in the kinds of conditions that can kill most other marine creatures.

Music: Peloton and At the Crown/City Whistle by Merriware (Used with permission). Additional sound sourced from BBC Sound Archive.

The popularity of dating apps is soaring, producing stories that are unique to the digital age. Josh Nevett brings us two of those stories, begging the question… should you join the swipers, or is it best to avoid keyboard intimacy like the plague?

Have you ever peacefully sat down in public transport, or happily danced to your favourite songs in a nightclub only to feel someone coming too close to you without your permission? Julie Baman talks to young women about their experiences of sexual harassment on a night out.