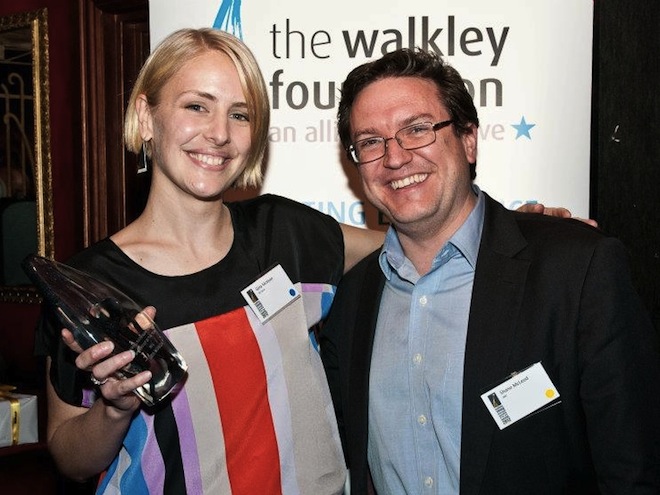 Gina was among three finalists shortlisted from over 100 entries and the Walkely Award recognises excellence for her story on “The St Vincent’s Church in Redfern” that was broadcast as part of episode The Block (which she was also the Supervising Producer for). The Walkleys recognise the best of a new generation of journalists in the television, online, radio, photography and print categories.

FBi Radio’s President Cass Wilkinson said of Gina’s award “On behalf of everyone at FBi Radio, we would like to congratulate Gina on her outstanding achievement. In the field of Australian journalism, it doesn’t get much better than winning a Walkley and it recognizes Gina’s incredible talent and community radio’s ability to produce and promote emerging talent. In today’s environment there aren’t many places where young reporters can get training and gain experience. FBi Radio was established to provide opportunities for young broadcasters and our hearts are bursting with pride watching them grow up so beautifully.”

Good on you Gina!