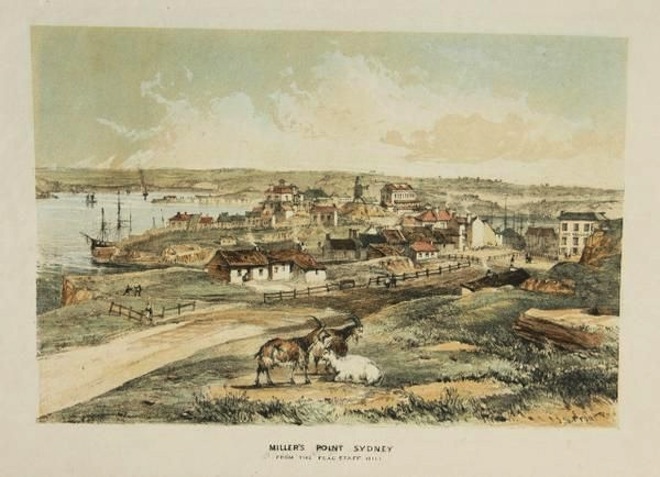 Inspired by the much-loved Australian children’s book My Place, All the Best runs back through the history of one place, The Rocks, Sydney, to the colonial characters that lived on and interacted with the land after British settlement. The country, traditionally cared for the Gadigal people of the Eora Nation, underwent a radical transformation in the 18th and 19th centuries, and those living on it experienced the best and worst of industrialisation.

Death at the Gasworks
This is a tale of three deaths at The Rocks — and a silent killer. The backdrop is the city’s first gasworks. A neighbour to houses and schools, the gasworks gifted its power — and industrial pollution — back to its community, and keeps on giving today, long after its smokestacks stood tall.

The Miller at the Point
Come on a walk down Windmill Street – and back in time – to find out the story behind the name of one of Sydney’s oldest suburbs. Turns out, it was a prickly miller who started out at Millers Point.

This project was made possible with the support of the Sydney Harbour Foreshore Authority.