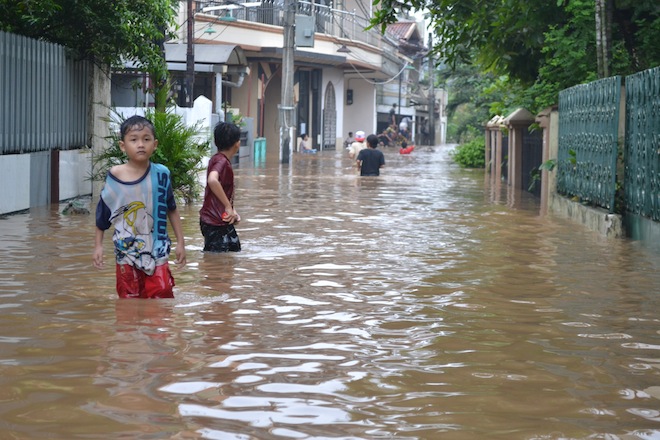 All the Best stays out on a limb, beyond the comfort zone. We go to the middle of Jakarta’s devastating floods, where flood victims give our disaster tourists a taste of their own medicine. And a granddaughter who hasn’t seen her Nan in five years makes an emotional journey to the nursing home where her grandmother receives care for Alzheimer’s. Plus, a letter from Manus Island.

Disaster Tourism
Features Executive Producer Belinda Lopez used to live in Jakarta, and recently went back to visit the city. Her holiday was ill-timed: it coincided with massive flooding that has paralysed the city. Armed with cameras and recorders, she and her friend, Indonesian journalist Ade Mardiyati, joined the media hunt for victims of the floods. The Jakartans they found gave them much more than they bargained for.

Remembering Nan
Carly Anne Kenneally hadn’t seen her grandmother for five years. Her Nan, Annette Ainslie, suffers from Alzheimer’s and is now in a care home.  Carly decided it was finally time to visit her; but the journey to the nursing home becomes one of remembrance and rediscovery. Carly’s story was placed second in All the Best’s Summer Story Challenge.

Straight from Manus Island in Papua New Guinea: a letter from a 24-year-old woman from Afghanistan who is being detained after seeking asylum. The letter is one of several written by women asylum seekers on Manus Island, available on news website New Matilda.