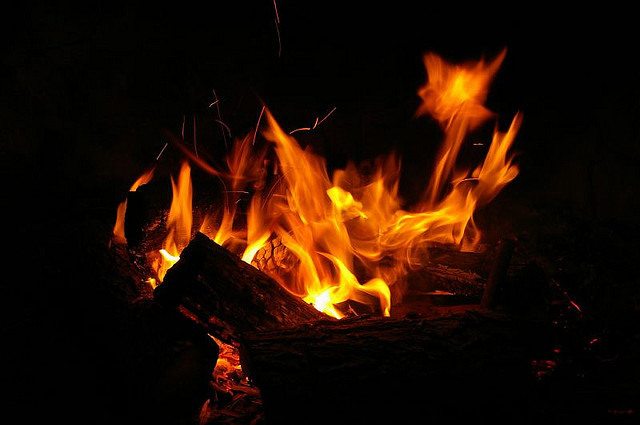 Is there anything better than huddling around a fire in winter? Holding the palms of your hands just far enough away from a flickering flame that it doesn’t ignite? Fires have comforted, protected, scared and destroyed for thousands of years.  We suspect they’ve inspired stories for just as long, including the tales we’re telling on this episode of All the Best – stories of sitting by the fire, of fiery red hair, of spinning and eating fire, and learning to live through it’s destruction.

“It’s a medium that can easily get out of control…anybody who’s been through a house fire, a bush fire, anything like that can tell you exactly how ominous it is and how it can strike fear into you straight away. It’s about safety and respect for the flame, and what it can do.”

Philippe Perez met some people who don’t run scared from fire – they respect it and tame it.

Music Credits: ‘Plying With Fire’ by the Rolling Stones, ‘U Don’t Know’ by Jay Z

Michael and Jess talk about how nice it is to have a fire in the middle of the city of Melbourne, if only for a month. Jess talks to the fire’s designer, Rob Bundle. The fire was part of Federation Square’s festival The Light in Winter.

The Girl with Flame-Coloured Hair

Bec’s immediate association with ‘fire’ is her flame-coloured hair. Although she doesn’t have the stereotypical ‘fiery personality’, her hair colour is her most vibrant characteristic, so she spoke to her mother, her best friend and her brother about whether or not hair colour, or physical appearance, really reflects on who we are, and whether the heat of the hair colour radiates.

Music Credits: ‘The World (Is Going Up In Flames)’ by Charles Bradley