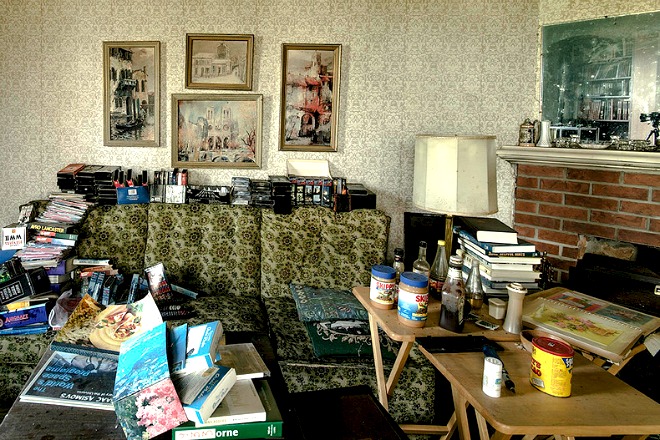 Do you have too much stuff? Clutter, collections, clothes, books, toys, old stuff, new stuff?

This week on All the Best we look at the complicated relationship humans have with the things they own. We meet a woman who left behind all her things and life in the city to live in the New South Wales bush for a year. We help people with an unmanageable amount of stuff pack their things away, and go buying with a vintage store owner who leans into the clutter, and the finds treasure in other hoarders’ cast-offs.

The Psychology of Hoarding

I’m sure we’ve all had a friend who has excused their messy house by saying they’re a hoarder. And then you get there and there are a couple of magazines stacked on their coffee table, maybe a few too many chipped mugs in the kitchen. What makes these people different from the hoarders we see in the paper or on TV, the ones where bric a brac spills out the windows and onto the front lawn? Zacha Rosen asked his brother to explain. He was part of a task force that looks at hoarding as a mental illness.

When a Loved One Goes Over-Hoard

Some people have more trouble getting rid of their things. So much trouble that they hire some help.

A Year Without Things

In 2010 Claire Dunn was living in the city with a job, a partner, and a life very removed from the wild. She left it all behind for a year to live without things, and the people she knew, deep in the New South Wales bush land. She told Jess O’Callaghan about her year without matches.

If you keep going down Chapel Street, past the designer stores, froyo bars and nail salons you’ll find an chaotic shop overflowing with vintage clothing, jewellery, paintings and bric a brac. Inside you’ll find owner Helen Round, equally as eclectic and colourful as her wears. Jess and Lily chatted to her about her obsession with collecting.