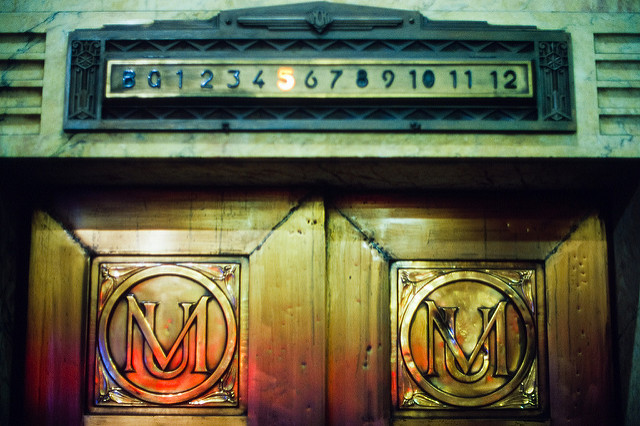 Time to go off road. Jump the fence. Peak into some houses slated for demolition, or explore a well-known old building that’s home to the little-known story of an unsolved crime. This week we’re knocking on the doors of homes, buildings and stories that might not be around forever.

More than 2000 people queued up on a drizzly Melbourne weekend to see an abandoned house in the leafy suburb of Alphington July this year.

On top of crumbling plaster and behind boarded up windows, street artist Rone had painted his giant, iconic “Jane Doe” murals on the walls of the weatherboard house due to be demolished to make way for a new housing development.

The Omega Project speaks to the fragile, temporary and empty spaces of Melbourne and the traces of life left behind.

‘George and Lola’ by Eugenia Zoubtchenko

What’s it like to watch the city change from your living-room window? George and Lola are in their 90’s and still live in one of Melbourne’s oldest buildings – a ramshackle cottage in Melbourne’s CBD. Lola’s lived there for nearly a century, and in that time the house has been a theatre, a tea shop and a historic home on the verge of collapse.

Made often walks past the beautiful Manchester Unity Building but has never been inside. This week she decides to poke around.