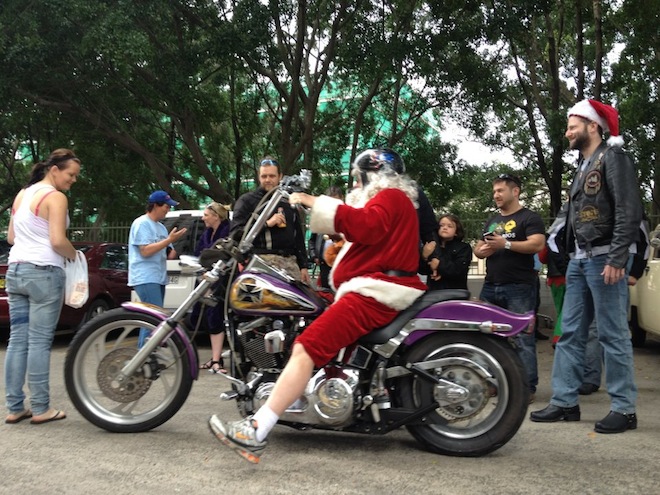 This week we make our national debut on the Community Radio Network with All the Best’s Christmas Special.

Eliza brought her baby Arthur Plum and partner Alex White to chat about what Christmas traditions they will create for Arthur and whether Santa will exisit.  All the Best Contributor Julia Thomas and her brother Andy  popped in to talk about a Christmas lunch where they discovered they were colour blind, and Alex Kennet talks about the Christmas she kept carp in the bathtub.  We also had a couple of features:

Did you ever leave milk and cookies…or a scotch out for Santa?  Well for Madelyne, her childhood was also filled with the tale of the Christmas Goblin…created by her dad Billy so he could watch the football.

Bikers are tough right? But they also dress up as Santa Claus? And deliver presents? Jesse caught up with Animal and the Kings Cross Bikers and shatter a few myths about Bikers.