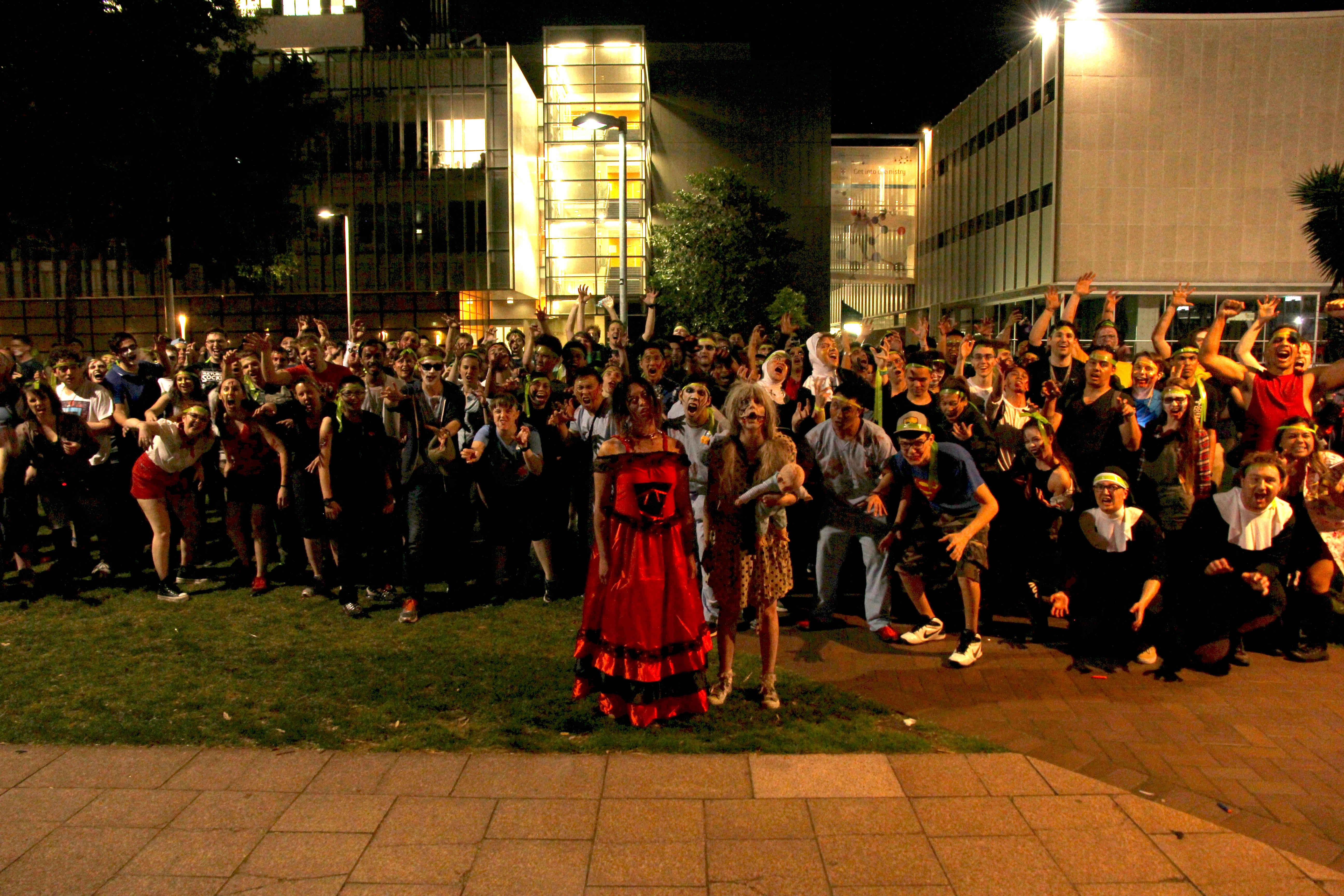 It’s unpleasant to think that we live in a man eat man world, a society where our actions force us to eat or be eaten. But this week on All The Best, we are taking this expression to the extreme with two slightly unusual stories.

Zedtown started out on a uni campus, now it’s the biggest real life Zombies v Humans game in the world. Over 6 hours, armed with NERF guns and foam darts, alliances are made and broken, witches and super zombies are released, and survivors turn on their fellow humans. To get a taste of green blood, All The Best producer Tegan Nicholls takes us deep into the game as she fights to stay alive.

Look out for the next game at http://www.zedtown.com/

Made with special thanks to the creator of Zedtown Dave Harmon.

Music: ‘Killing in the Name’ – Rage Against the Machine, ‘Zombie Love Song’ – Your Favourite Martian, ‘You are my Sunshine’ – Johnny Cash, ‘Enter Sandman’ – Metallica

Last week on the show we were telling stories about food and how it brings people together. This week we’ve got something a little different.

Inherently, we’re all aware that food is for survival, but generally humans eat more than their fill, and more often than not we’re motivated by taste. But how weird can one person’s tastes get?

All The Best producer Bonnie Tai spoke to Jack who has some pretty unique views about animals, including which ones should end up on your plate.

Music: ‘Drama’ and ‘Some Kids Get it All’ by EMI production music