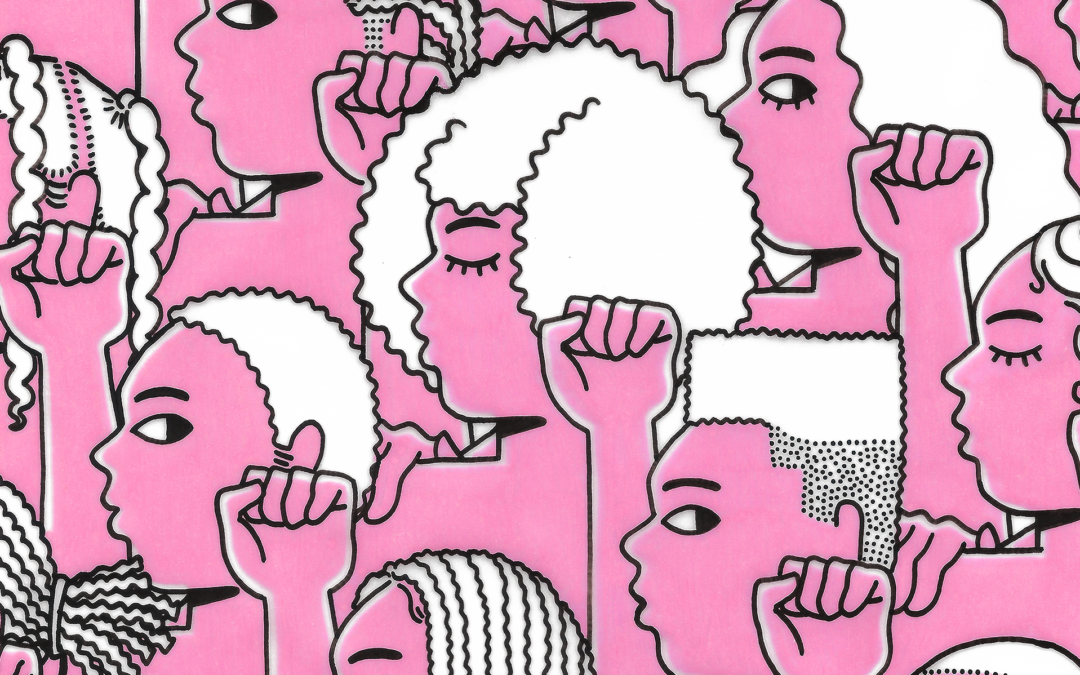 “Why Black Lives Matter Resonates With Black People All Over The World: An Open Letter to Australians” by Claudia Chinyere Akole

For Claudia, the discourse surrounding the murder of George Floyd was hard to stomach. The responses of white Australian media pundits were nauseating, and the social media takes from well-meaning acquaintances left her feeling all the more alienated.

In this extended episode of All The Best she explores global Black Solidarity and compares ongoing Bla(c)k Civil Rights movements in the USA and Australia.

Aboriginal and Torres Strait Islander readers are advised that this work contains images and names of people who have died.

Claudia Chinyere Akole is an exhibiting artist, freelance illustrator, cartoonist, designer, animator, and educator based in Sydney, Australia (unceded lands of the Gadigal and Wangal Peoples of the Eora Nation). She works as a graphic designer in TV broadcast, as a freelance illustrator, and creates comics and illustrations in her personal practice. She’s an art hag who bleeds pink.

“Why Black Lives Matter Resonates With Black People All Over The World: An Open Letter to Australians” is a comic originally published digitally on Going Down Swinging in August 2020. Charity zines are available for purchase here. Profits are split between the Aboriginal Legal Service (AU: NSW/ACT) and 71 US-based bail funds, mutual aid funds, and activist organizations via ActBlue (USA).

Sample images from the zine: 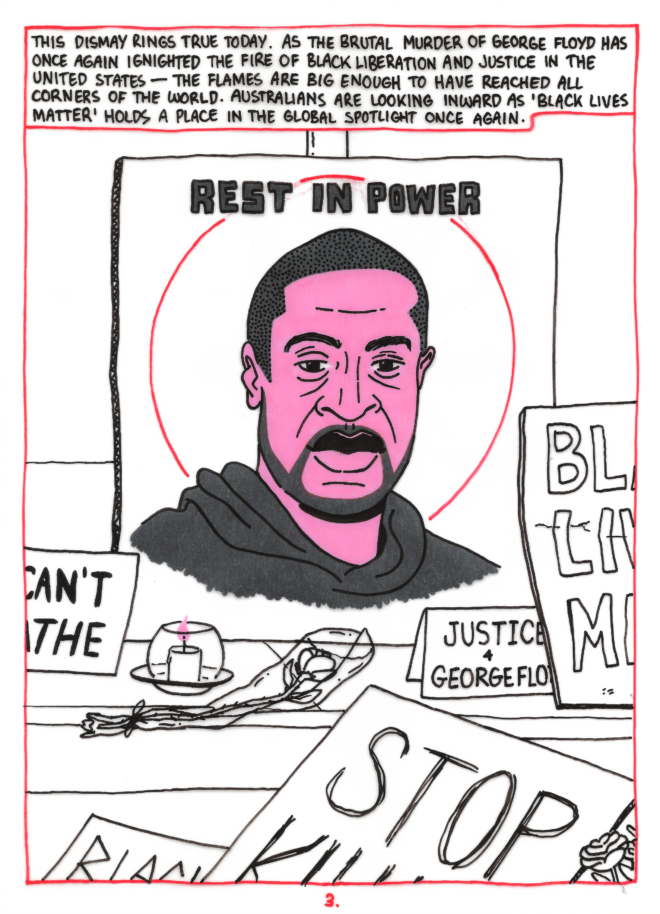 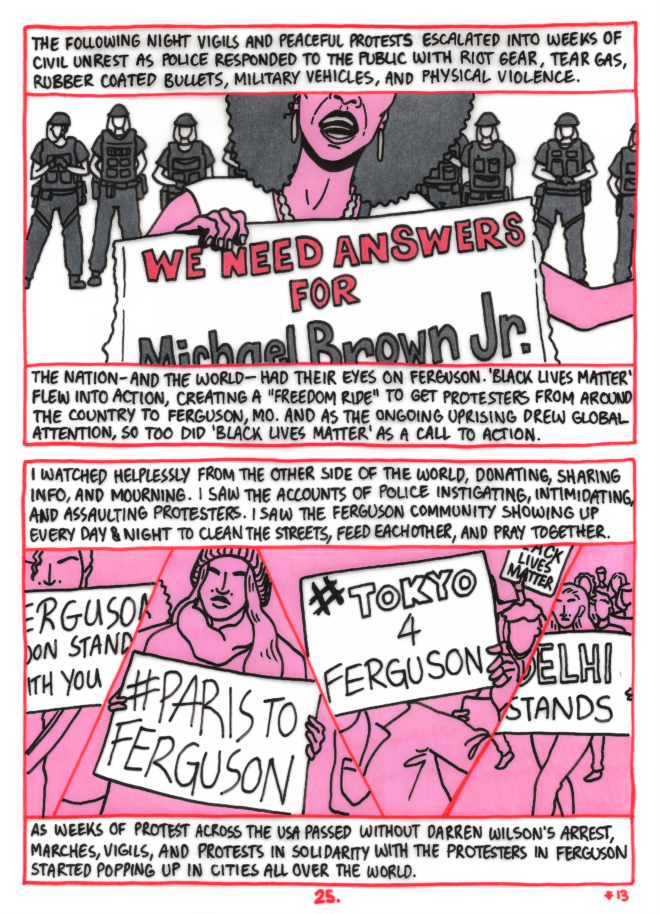 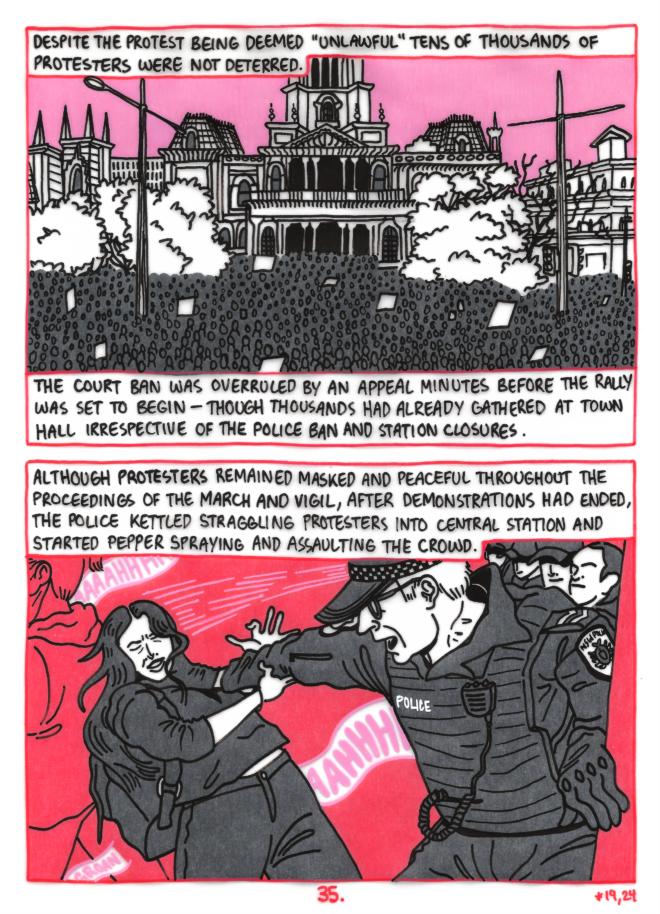 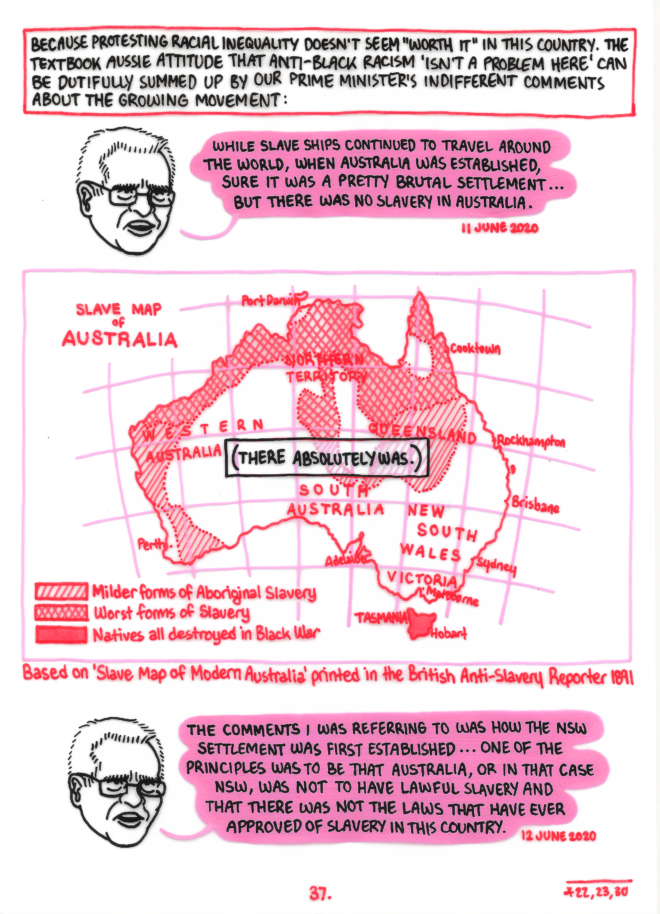