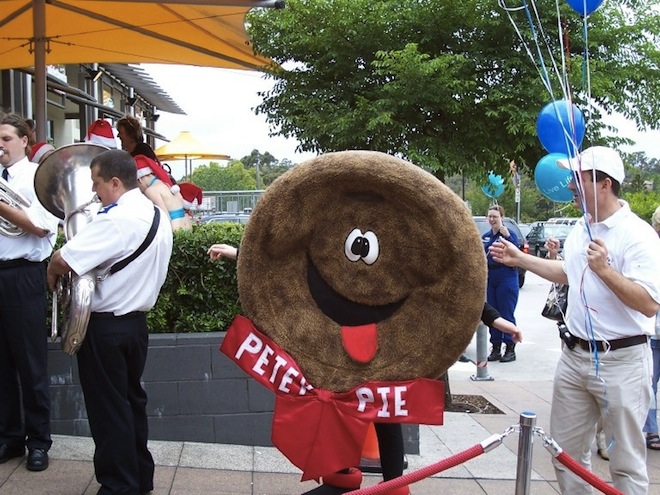 This week we set our contributors a challenge. Make a radio story in 24 hours. The day we picked was Sunday August 5.  The time to begin midday.

Windsurfing under the flightpath
Produced by Miles Martingoni

For as long as he can remember, Miles’s father has been trying to drag him out onto the water. Sailing, fishing, swimming… anything that meant getting out onto any beach, lake or river… well recently his dad started doing something different… and we thought it was the perfect thing to capture for our recording day….

I am number 132
Produced by Zacha Rosen
All around the country, on any given afternoon, groups of people get together. They want to work out how to change the world. And on the day we made this there was a meeting in Sydney of mexicans about a movement called ‘I am 132’ – Zacha went along

Picture credit: Lucie Bell in her pie suit circa 1990s