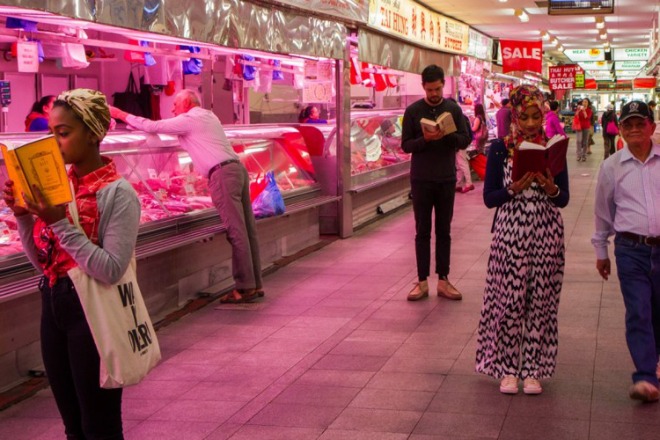 For the past few months All the Best producers have teamed up with some of the West Writers Group to bring you the stories in this week’s episode.

Emotions bubble to the surface, for better and for worse. Two characters swap anonymous notes, and another dwells on some terrible news. And there’s a toaster, but it’ll only communicate with Simon.

People always say ‘you must control your emotions’. Why?

The invention of the smartphone fundamentally changed the dynamics of Western society. The summer of 2000 can be easily seen as the last time we were truly alone. The last decade has made us open up like a shell, we suffer from emotional spillage, fast-food intelligence -we’re glued to the device that’s fundamentally changing our fabric of life.

Inspired by an encounter with a guy who missed his train at Parliament Station one night because he was on his phone, this poem voices the concerns we all have with this age but can’t seem the shake off because this is the future we have made for ourselves.

We love it but hate it because of the changes its creating in our lives too.

To add to the hypocrisy, the entire piece is written on an iPHONE too. So it’s completely mobile written – an on-the-go poem.

Ninian, an excerpt from The Whitlow

This is an excerpt from Bob Carey-Grieve’s novel in progress called The Whitlow. The novel’s conceit is that the characters are all drawn loosely on Catholic Saints. Bob takes details from the recorded history of their lives, their nationality, patronage etcetera, and reimagines them in the contemporary setting of a Gippsland lawn bowling community. When a prized meat tray is stolen, the community has to come to terms with some of it’s darker secrets. The excerpt presented here introduces the central character of Ninian, and how his journey begins.

14 years ago, Imbi Neeme was having coffee in a London cafe when she found a hidden drawer in the table she sitting at that was filled with anonymous notes. She wrote her own note and put it inside – and has wondered ever since if anyone read it and what they thought.

From this experience, an idea for a story grew. Imbi is currently writing a novel in which two complete strangers each discover a hidden drawer in a West Footscray cafe and slowly get to know each other – and themselves – through the notes they leave for each other. This soundscape contains some of the notes they exchange.

Where do you find meaning? Everyone has to find it somewhere.

In this sharehouse, meaning is found in the messages that comes from the Toaster. The lives of the housemates and dynamics of the household revolve around what can be divined from white bread.

James say’s that people have thought this story is about everything from technology to cults but the only thing we’re certain of is that it’s not about toast. Or is it?
Written and performed by James Robertson Hirst
Produced by Michael Brydon